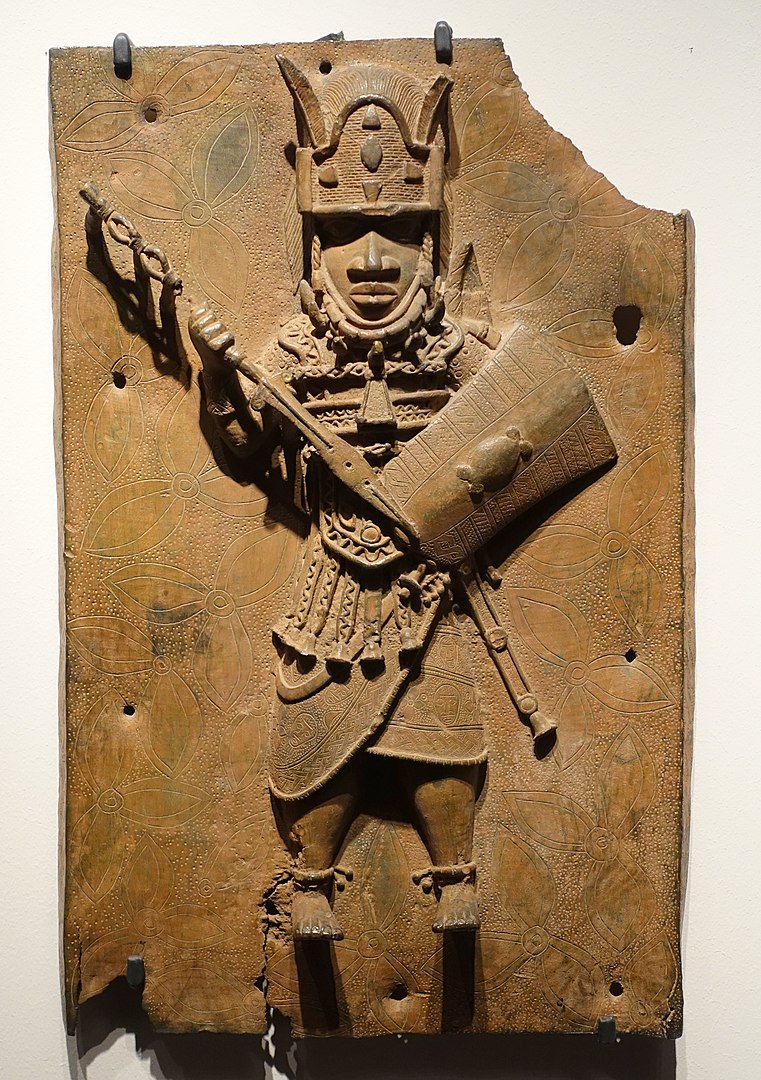 Whose Heritage? Imperial trophies and national treasures from the Elgin Marbles to the Benin Bronzes.

The original trophies, that were bought back to Europe, originally came previous ancient eastern Mediterranean cultures, with the most well know being the Elgin marbles, and the Egyptian treasures from the French campaign in 1799, and subsequent European interventions in the country.

With the loss of Britain’s American colonies, the British decided to focus on India.    With the ending of the 4th Anglo-Mysore war, in 1799, the British took advantage of the collapse of the Mysore empire, with the East India company planning to capture Tippu’s throne and to present Tippu’s throne to the British King. The largest collection of the Mysore treasure is on display at Powis Castle, the home of Clive of India’s family.

The British were eager to seize control of Ceylon (now Sri Lanka)to ensure that British India would never be threatened by the Dutch, French and Portuguese , who were seeking to expand their empires and trading posts. The British were also eager to take control of the Ceylonese treasures. The Kandyan throne was sent to Britain, and is on display in the Garter Chamber, Windsor Castle, with many other Ceylonian treasurers on display in British museums.

In India, the British were concerned that when the ruler of Lahore would die, it would lead to a period of instability, as there was no obvious successor, therefore the British decided to seize Lahore. The ruler, Dulrrp Sinbgh was exiled to Britain, to spend the rest of his life living in exile in Norfolk.

A British naval captain, donated to the British Museum, a significant amount of loot, to the British museum, in the hope of a significant position. The Burmese King, was sent to exile in southern India, and many of his jewels and treasurers disappeared. An auction took place in the royal palace, but the most valuable and best jewels were sent back to Britain.

There were many colonial wars in the late nineteenth century, and the Europeans took advantage of these wars to take the opportunity to carry out large scale looting. One vase was looted in 1873, and was recently discovered in a dusty attic, near London Heathrow airport, and was sent to an auction, where it was sold for US$ 69.9 million.

The British sent an army from India to invade Abyssinia, now Ethiopia, to protect its trade route between Britain and India. The British took the opportunity to loot the country’s many valuables jewels, manuscripts, crowns and chalices, which are now on display in various London museums.

The British established themselves in the late 18th century, in the west African coast, and proceeded to move inland in the early 19th century to enforce the ending of the slave trade. Many of the Ashanti treasurers ended up in the Wallace Collection in London. These treasurers are not allowed to leave the Wallace collection unless on a short-term loan.

An expedition was sent to Bevin in 1897 to put an end to the slave trade. There has been recent discussion about the return of the looted treasures to Benin. President Macron of France, stated, that African heritage cannot be the ‘prisoners of French museums. One of the= Benin bronze cockerels has disappeared from Jesus College, Cambridge, and has never been seen since.

The controversy surrounding the Elgin marbles has recently been overshadowed by Black Lives Matter, and the call for the return of African treasurers, but there have been several unsuccessful attempts to return the Elgin marbles to Greece. The policy of the British Museum is to encouraged the loan of the treasurers that are held in the museum, but no bequests.

The advantage of having many varied worldwide treasurers in the museums of London, Paris and New York, is that many of these treasurers can be seen by millions of people. There are very few national treasurers of the West Indies and the Caribbean on display in European or North American museums.