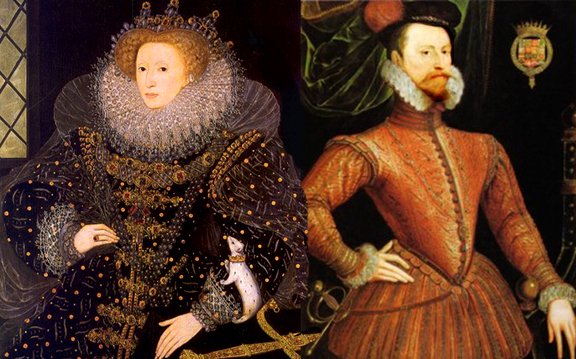 The Tudor Rebellions by Stephen David

No English King had died on the battlefield since King Harold at the Battle of Hastings, and  Henry Tudor, according to propaganda, bought peace and stability to the country. By 1486, Lord Lovell a lifelong companion to King Richard III, organized a rebellion in Yorkshire, an area of traditional support of King Richard III and his Yorkist family

There was attempted assassination on King Henry VI, the first assassination attempt on a reigning monarch, since King Richard II. The diehard Yorkists seek support from Margaret, dowager Duchess of Burgundy, who provides 2000 mercenaries, to serve under the pretender Lambert Simmell. Lambert Simmell is crowned King Edward VI in Dublin cathedral. The rebels land in Cumberland, and marches east, but gains very little support from traditional Yorkist supporters. The Battle of Stoke last for over 4 hours, with high casualties on both sides, and proves to be the last battle of the Wars of the Roses. 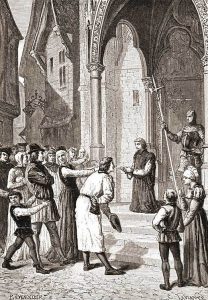 There are no further dynastic challenges to the Tudor regime. King Henry VIII, marries his brother’s widow, but unfortunately no son is produced, which according to King Henry VIII’s reasoning, must be his wife’s fault.  King Henry VIII  is detriment to divorce Catherine of Aragon, but ends in failure. The consequence leads to the break with the church in Rome, and unleashes instability throughout the country.

The first ever English rebellion based on faith, which included all sections of society in the county of Lincolnshire, who wanted a return to the status quo. 20,000 rebels faced 7,500 royal soldiers. The royal leaders persuade the rebels to return to their home, while the royal leader, the Duke of Norfolk, who would negotiate with the King, on behalf of the rebels. At this period of time, the population of England had only returned to the levels of pre Black Death, and as a consequence there is much local instability

The next rebellion occurs in King Henry VIII’s daughter, Mary’s reign, where upon it is announced that Mary would marry King Philip of Spain. Mary wanted to return England to the Roman Catholic faith, as well as to secure the Tudor dynasty. Thomas Wyatt, a pronounced patriots concerned that England would part of the Habsburg empire. This is the first revolt of national self-determination, compounded by rising prices, especially in London,  countryside estates being bought by London merchants. Many reject these concerns, as the future of the dynasty is more important. Wyatt’s rebellion fails, but ensures that Philip is never crowned King of England, and no Spaniard will be given a position of power

Queen Elizabeth I experienced her first full rebellion in the 4th year of her rule. Queen Elizabeth I had begun reorganization of Ireland , as her Father had created himself , King of Ireland. Elizabeth determined to change Ireland, as the English always had a fear of foreign intervention in Ireland. She started with Ulster, which had not suffered from English rule. She granted Armagh, to her favourite, the Earl of Essex, and the locals were treated as non-citizens, and as a consequence, the ensuring rebellion lasted for years, with the English carrying out mass extermination. The Ulster rebels were led by   the O’Neils, and became a hot spot for ethnic warfare. A meeting in Donegal,  between the O’Neils  and their cousins, the Tyrols, leads to the death of the chief O’Neil

There is a national feeling that the central government in London is becoming more dominant and centralized, than the rule by local nobility, gentry and Sheriffs. The northern nobility begin to realize that Mary, Queen of Scots, as a Roman Catholic, would be a far better monarch than Queen Elizabeth I. However there is very little local support for these noble rebels, which shows the effectiveness of central London government

The final Tudor rebellion is Devereux, Earl of Essex’s rebellion. Devereux promotes himself as England’s greatest soldier. Devereux persuades Queen Elizabeth I that he should be sent to Ireland, to put down Tyronne’s rebellion. He marches throughout Ireland, except Ulster. Eventually Devereux has to sign a truce with Tyronne, and promises the Irish, that he will persuade  to introduce new reforms.  Essex hears rumours from London , that the English court regard his campaign in Ireland, is regarded as a failure. Essex returns to London, and make his way to the royal court, Essex bursts into the Queen’s bedchamber. After 6 months in prison, Essex is released, but begins to plot a rebellion, and Essex is still bitter about the lack of appreciation by the Queen, as well as self-dillusionment. Essex leads an attack on the Tower of London, which is easily repulsed. Essex surrenders. Essex is convicted of 24 counts of treason, and is shortly executed