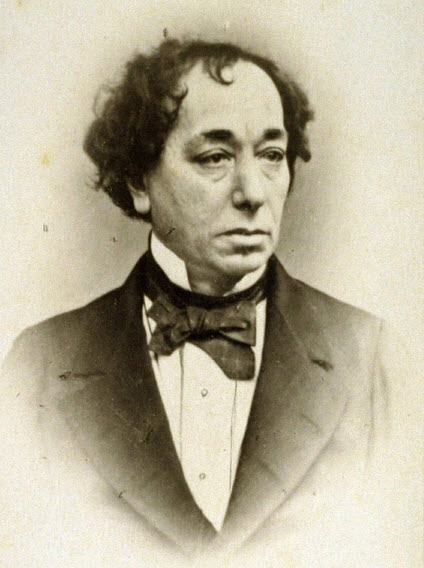 Disraeli was the grandson of an eighteenth century Italian immigrants, with his parents being booksellers in Buckinghamshire. Disraeli commenced his career in journalism, which proved to be disastrous, with the consequences of heavy debt, but Disraeli pursued a more successful career as a novelist. He began his career, as a Whig politician, but switched to the Tory party, as MP for Maidstone. He soon became the leader of the Tory backbenchers. During the Tory government, Disraeli was appointed the Chancellor of the Exchequer, and subsequently became Prime Minister

Disraeli had the ability and the skill to take on any opposing politicians, such as Palmerston and Gladstone. As Prime Minister, Disraeli guided through Parliament, the 2nd Reform Act, which helped to establish his reputation. Between the 1870s and the 1880s, Disraeli’s party, passed through Parliament, many radical policies and reforms

Disraeli is considered the founder of Tory democracy, which looked to expand their support from the middle classes to the working classes.

A recent biography of Disraeli, described Disraeli as an adventurer, opportunist, ambitious but flexible with his political views, while Gladstone, more often than Disraeli, changed his mind and political views.  Disraeli’s lack of conventional education, combined with Jewishness, made him to be regarded as an outsider, who became an insider.

The Tory party split in 1840, over the reform and corn bills, and as a consequence, the Tory party, never became the governing party, for the next 30 years. In 1846, Disraeli appeared as one of the leaders of the Tory party. The Tory party managed to retain 300 seats in the House of Commons, with Disraeli realizing that the previous trade protection policy bought no benefits to the country.

Palmerston won the 1865 general election, but tragically died shortly afterwards. Gladstone had successfully led the Whigs, with the Liberals followed a policy of minor social reforms, together with a strong foreign policy. In 1846, Gladstone introduced radical reforms in education, army, university and Irish land legislation. Disraeli believed in a policy of appealing and supporting the middle classes, while passing through parliament, minor reforms to help the working class, without threatening the support of the middle classes.

The increasing stability in agriculture and industry, as well as the tensions between the classes, started to ease, with the landholding aristocracy starting to place their sons onto the boards of industry, and aristocratic sons started to marry daughters of rich industrial and wealthy families, for example the Earl of Roseberry marrying a Rothschild.

In the 1880s, the Conservatives legislated the most radical reforms, which lead to the doubling of the electoral franchise. The Ballot act leads to the secret ballot. The 1884 reform act brings in further constitutional reform in the country, with a redistribution of seats within boundaries, with the city of Leeds now providing 4 elected members of Parliament.  With the Ireland act, the British government felt obliged to resolve the Irish problem, but Irish issues do not have any interest within the UK, with the ‘mainland’ being more concerned with unemployment and law and order

Disraeli had very strong and radical views on government politics. Disraeli, fears with his policies, the loss of support from the party traditional middle class supporters. However, Disraeli is a person, who is excellent at saying nothing well, but saying nothing. As Disraeli becomes older, his speeches focus more on the monarchy, the country and the empire.

This particular period of history, was dominated by Gladstone, being the dominant character, which as a consequence, the support of the Conservative party increased dramatically, with the Conservatives becoming the party of the middle classes.