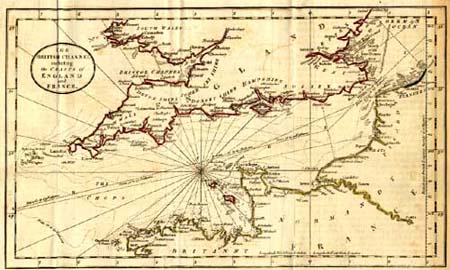 The popular perception by the general public of the relationship between England and France, has always been hostile, but in reality, the history of the relationship between the two countries, is a mixture of negatives and positives. The reality is that both countries need each other, despite repeatley refusing to acknowledge the fact.   The rivalry between the two countries has been a significant part of each country’s history.

The Entente Cordial of 1904, as well as finding themselves as allies, during the 1st World War, stimulated an interest in the history of relations between the two countries. The Huguenot Society and the Foundation Society contributed towards an interest in the history of the relationship between the two countries. The Society of Court Studies specializes in the role of Royal courts of Europe, and its research has helped to understand,  how the European monarchies have evolved.

No other period of history in English and French history, has been researched more than the 100 years’ war. One historian compared the occupation of France by Germany in the 2nd World war, with the English occupation of France during the 100 years’ war. Archaeological research has been undertaken to understand the roles of the English and French armies, at the Battle of Crecy, 1346, and the research has now shown, that the use of artillery was greater than previously thought.

Research has shown, how the King of France, attempted to reconcile the powerful nobles of France, to unify against the English invaders, which led to the beginnings of a national army and the use of artillery to defeat the English. England, often took advantages of France’s disunity, by invading France, knowing that they could rely on significant elements of the French nobility to ally themselves with the English.

Anne Curry, University of Southampton, is studying the Treaty of Troyes, 1420, which, if King Henry V, had not died, would have led to a duel monarchy of both Kingdoms, with both Kingdoms retaining their own laws. The core clauses of the treaty are much more complicated than previously realized. Though crowned King of France, King Henry VI, lost all the English held lands in France, except Calais. The French continued their success, by expanding their rule into Burgundy and Brittany. France, before the 100 years war, was a largely decentralized country, but the effects of the 100 years war, was to lead to a strong unified country, with England no longer a threat to France.

King Henry VII follows the same policy as the French Kings, by strengthening the English monarchy. The French Kings looked to expand into Italy, but whenever an opportunity ever arose, looked to interfere into English affairs.

As France became financially and politically stronger, it has to contest with the rise of the neighbouring Hapsburg Empire.  King Henry VIII of England attempts to play these two powerful European countries against each other. The English invade France three times, but the gains are minimal. The French continue to pay a pension to King Henry VIII, to stop the English from interfering in France’s affairs. However, England needs France, as much as France needs England, against the background of an increasingly powerful Hapsburg Empire.

In late 16th century, France is torn apart with internal religious wars, with the rise of the increasingly popular Huguenots. Queen Elizabeth 1 of England follows her policy of supporting fellow Protestants, while wanting to retain a strong central monarchy in France, with the possibility of Elizabeth marrying a member of the French Royal family.

With King Henry IV of France, the monarchy in France is strong, but it is debatable whether the French monarchy is more consultative, than the English monarchy. The execution of King Charles I, appals the European monarchs, but none of these monarchs do anything to help restore the Stuart monarch to power in Britain.

King Charles II of Britain is a strong Francophile, and is heavily influenced by France, and the secret Treaty of Dover, includes a clause that France will pay the British court, not to interfere in Europe.

The continued persecution of the Huguenots, forces the Huguenots to flee France, with many fleeing to Britain, bringing with them, all their work skills. With the accession of King William III, to the British throne, starts another 100 years war with France, which only ceases with the Battle of Waterloo in 1815.

Concord, Channel Tunnel and Bret exit. It is debatable that certain sections of French society, were delighted with the result of the Bret exit vote, as France never wanted the UK to join the EC in the first place