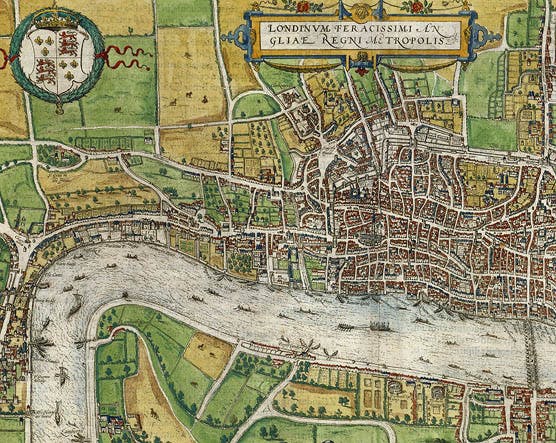 London was described as one 17th century contemporary writer as a monstrous city, and the whorehouse of the world. The writer, Defoe wrote about the benefits of an expanding London; world trade, taxes, employment and diversification. Mortality levels were high, with London, having to rely on immigrants from the English provinces, with London requiring 8,000immigrants a year. Poor harvests in the countryside would encourage people to move to London. This migration enabled London to create 1,125 apprentices a year. Among London’s population, there were more men than women.  However not all London’s population remained in London, with almost half the adult population, had spent some of their life, living in London.

One of the, institutions’, which generated much revenue, was the royal court, and with the restoration of the monarchy, the families of the court officials, stayed in London, with significant spending among the different trades in London. By 1700, the families of the provincial gentry, made regular visits to London, for legal/legislative reasons, as well as for shopping of the latest fashion.

In 16th century London, families would rent accommodation, but by the 17th century, these families would rather buy their own property in London. Coffee houses and theatres were becoming increasingly popular, and with houses that had previously owned by Bishops and clergy, were now being bought up by the aristocracy.

The River Thames is an important gateway, with food being bought in, along the river, from outside London. Coal is ‘imported’ from Newcastle. 90% of English trade is through London. London’s merchants are not very adventurous, with Europe’s most important trading city being Europe. A significant amount of English goods have a poor reputation for quality, which encourages better quality goods to be imported from Europe.

By early seventeenth century, with the opening of trading opportunities with the West Indies and Africa, London begins to import tobacco and sugar, and exports these products to Europe, which means that London and England can now afford to pay for the import of luxury goods. During this period of expansion of London’s trade, the East India Company was formed, as well as the start of the shipbuilding industry along the River Thames.

London’s new competitive edge over its rivals, especially their nearest rivals, the Dutch, who were being hit by a flower tax and continental wars. Between 1570-1700, London’s consumption of coal, increased 15 times, while the Dutch relied on local peat, which was 3 times more expensive as coal.