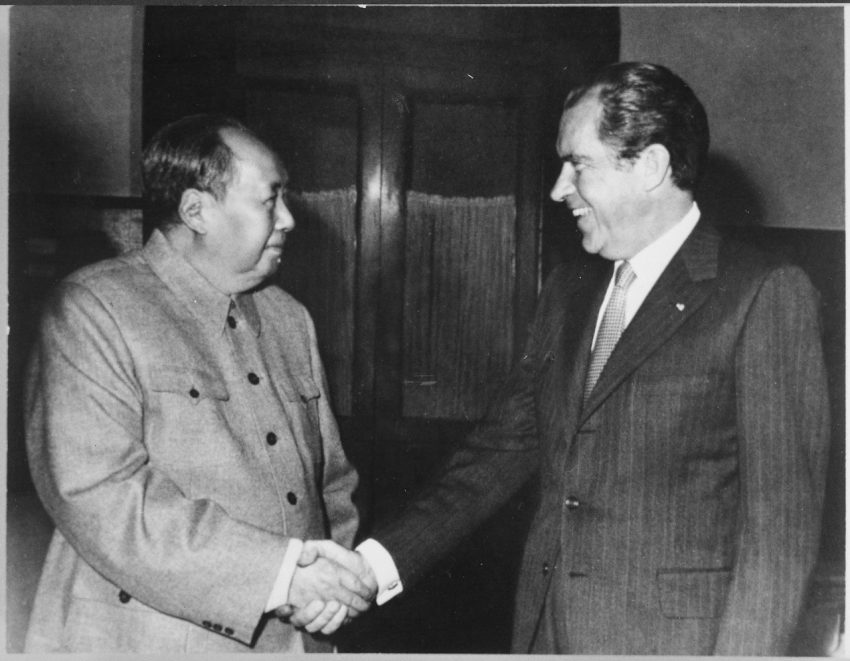 Aspects of American Foreign Policy in the Nuclear Age by Dr Jonathan Hunt, University of Southampton.

When President Khrushov of the Soviet Union visited the neighbouring communist country of China, China was in the middle of a military crisis, known as the 2nd Taiwan crisis, with the USA supporting Taiwan by sending its powerful naval fleet to carry out naval exercises in the Taiwan straits. This combined with the overthrow of the Iraqi monarchy and the attempted overthrow of the government in Jordan, which led to British troops been sent to restore order

In 1961, the world super powers, the USA and the Soviet Union, agreed to discuss, a limitation of nuclear weapons, but neither country had any intention to carry this out.

The Soviet Union decided to prevent China from developing its nuclear weapons, as the Russians feared that they might be dragged into a nuclear war, on behalf of China

The most well know flash point in the 1960s, was the Cuban crisis, but there were many other flash points during this period of the cold war. The US cabinet did not care whether Soviet Union nuclear weapons were based in either Cuba or Russia, The problem, was that the USA had told the Soviet Union, to withdraw its nuclear weapons from Cuba, and while the Cuban crisis continued, there was a real fear, that President Kennedy would be impeached. The Soviet Union proposed a new nuclear policy to apply to the other countries of the world. The Soviet Union had a real that President Castro of Cuba would take unauthorized (nuclear) action the USA.

China took advantage of the Cuban crisis, by invading several Himalayan Indian states. The USA was concerned that the most serious problem facing the world , was the possibility might use its nuclear weapons

The 18 nations of the UN disarmament committee, includes 8 non-nuclear countries, which has a significant influence on any international nuclear policy. President Johnson of the USA is persuaded that a nuclear treaty with the Soviet Union (never mind the details) will leave a positive view with the American voters