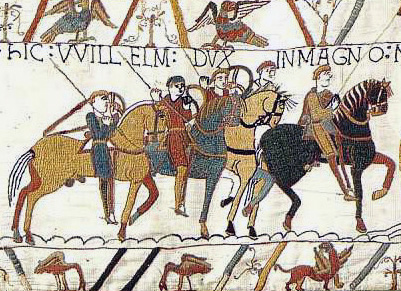 Professor Joe Maiolo, King’s College, London. ‘Why Stalin was surprised by Hitler’s invasion of the Soviet Union in June 1941′

Professor David Stevenson, LSE. ‘The 1912 Balkan Wars and the coming of the First World War.’

Dr John Watts, Corpus Christi College, Oxford.  ‘The Results of the Wars of the Roses-the effects of the wars on the distribution of power, government, politics and culture, c1470-1530.’

Professor Peter Heather, King’s College, London. ‘Empires and Barbarians: Migration and the Making of Europe in the first Millennium AD.’

Dr. Michael Brett of the School of Oriental and African Studies – ‘Morocco to Egypt: a History of Revolt’.

Professor Jan Palmowski of Kings College, London – ‘Living with the Berlin Wall: the GDR and the Cold War’.

Dr. David Smith of Selwyn College, Cambridge – How far was Charles I responsible for the outbreak of the English Civil War in 1642?’

Professor Glyn Redworth of Manchester University – England and Spain in the Golden Age: the curious case of the she-apostle’.

Professor Nigel Saul will lead a visit to Ewelme Church, almshouse and village.

Visit to The Spike at Warren Road, Guildford, GU1 3JH. A talk by the Chairman of the Spike followed by a one hour tour.

Dr. James Ross of the National Archives. ‘One of the greatest of English Kings or a ruler without any conspicuous merits’? The reign of Edward IV (1461-83).

Graham Searle will give an illustrated talk.  ‘The Age of Improvement! Changes in Victorian society and their effects on the character and development of sport in 19th century Britain’.

Dr. Ed Bispham of Brasenose College, Oxford.  ‘Disrespect in Retrospect: the Emperor Tiberius and the breaking of a reputation’.

Dr. Jane McDermid of Southampton University.  ‘Everyday life in Stalin’s Russia, looking at the Terror through a series of case studies by using memoirs to examine life in the labour camps and diaries to consider life in the cities’.

Dr. Steve Tsang of St. Antony’s College, Oxford. ‘The Kidnapping of Chiang Kai-shek in Xian in 1936 and the start of China’s War of Resistance against Japan in 1937: a revisionist assessment’.

Dr. Alice Rio of King’s College, London. “Slavery in the Age of Charlemagne. What happened to the Roman slaves?”

Visit to Polesden Lacey. “Nooks and Crannies.” Afternoon tour of parts of the House not normally open. Tickets £12. Own transport. 2pm to 4pm

Christmas Party at Guildford Museum, Castle Street, 7pm. Talk by Alan Wakefield of the Imperial War Museum. “Christmas in the trenches. 1914-18.” Tickets £5, including buffet and drinks.

Dr. Piers Brendon of Churchill College Cambridge. “The Decline and Fall of the British Empire.”

Bob’s Walk. “Gunpowder and Leather after the Great Stink.”

A.G.M. followed by Professor Kathleen Burk of University College, London.”The character of early American Settlements: the grievances which developed and the build up to the American War of Independence”.

Roger Crowley, author of “Empire of the Sea” and “Constantinople”. Empires of the Sea; the Ottoman-Hapsburg contest for the Mediterranean in the Sixteenth Century.

Bob’s walk. “St  Paul, a marsh and bones.” To include the Museum of Childhood.

Visit to Apsley House and the Wellington Arch. 12.45pm.

Christmas Party at the Guildhall. Donald Clarke. ‘Re-enactment of the life and plight of a vagabond in Elizabethan England’.

Professor David Stevenson (London School of Economics). ‘The origins of the war of 1939’.

2pm. Visit to Winchester College, including the archives.

Visit to Spencer House and Clarence House in St. James’s,  10.30am to 1.30pm. Further details from the secretary.

Short AGM followed by Professor Anne Curry of the University of Southampton. ‘Knowing too much, knowing too little? Agincourt and Bosworth compared.’  Click here to read about her book ‘Agincourt’.

Professor Tony Stockwell of Royal Holloway College. ‘Proconsuls and the Ending of Empire: from Mountbatten to Patten’.

Dr. David Starkey, Bye Fellow of Fitzwilliam College, Cambridge.  ‘Monarchy and the Beginnings of Modernity in England’.  7.30pm at the School of Management Lecture Theatre, University of Surrey.

Robert Fox, Defence Correspondent for the Evening Standard.  ‘The Conflict in Iraq and its Historical Context’.

Michael Jones: ‘The battle of Stalingrad: the Turning Point of the Second World War?’

Visit to St. Paul’s Cathedral followed by a walk led by Bob Smyth. Meet steps of St. Paul’s, 10.50am