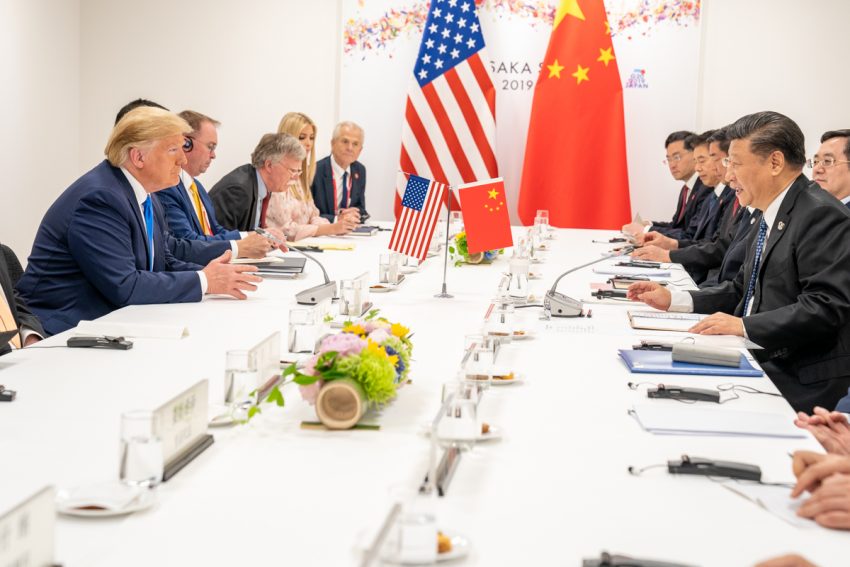 One of the joys of studying history is that current issues that seem so overwhelming and novel are on reflection merely the latest variants of problems that have recurred in many different eras, geographic locations and very different cultural milieus.

Often as the person responsible for putting together the branch programme (albeit with more than a little help from my friends on the committee), I have tried to look at themes such as the demise of Empires in the 2018-9 season. The current year is different in that it is the amalgamation of the four cancelled lectures from 2019-20 and the seven topics that were already scheduled for 2020-21 when lockdown came. Yet strangely the events of 2020 have made the combined programme very timely.

The rise of China is now an unescapable reality- a new Cold War seems already to exist. How did the C20 Cold War end and what were the repercussions? In her address to us in January, Dr. Kristina Spohr of the LSE will address this in her speech Post Wall (Berlin), Post Square (Tiananmen).

We also have a speech in April that will give some insight into how imperialism lingered on in newly independent states that emerged in the decolonisation process since World War 2. Dr. Taylor Sherman of the LSE discusses When does an Empire Truly End? Exploring India’s Imperial Ties in the Decades after Independence.

In December we look at a vibrant case of nation building and its subsequent failure as Dr. Priya Atwell of Kings College, University of London looks at The Rise and Fall of the Sikh Kingdom.

Three of our lectures focus on the Tudor period. I would argue that currently we have more in common with our Tudor ancestors than we might have previously thought. Coronavirus has put us into the same mindset of previous generations in a prescientific age. We know very little about this new pestilence. To many it is fearsome unknown. We are as in the dark as Tudor people facing the uncertainties of life and death. Professor Steven Gunn of Merton College, The University of Oxford will cover this in his October address Accidental Death in Tudor Surrey. Steven has examined this topic on a nationwide basis but for us is focusing in on Surrey. How you die says much about how you lived.

Our Tudor ancestors faced three other issues that we face today. The Tudor nation along with Christian Europe also faced a powerful force arising in the East-the Ottoman Empire but more it faced an internal problem of a committed few seeking to overthrow traditional religious and cultural norms. The reluctance of the majority to change their religious traditions has been well documented. Often this rejection of change was a factor in the numerous rebellions in Tudor times, Professor George Bernard will discuss these rebellions in his February address.

In Tudor times power was largely vested in the monarch and that included in the eyes of most monarchs power over what were acceptable religious views for their subjects to hold. The swings of monarchical religious persuasion were an important element in The Crisis of the Tudor Throne 1540-60 which will be the subject of the presentation by Dr. Lucy Wooding of Lincoln College, the University of Oxford at our March meeting.

In November, Professor Lawrence Goldman will look at the origins of The American Civil war when he speaks to Race, Religion and Rebellion: the Origins of the American Civil War 1846-61. A war that has become a renewed focus of attention as historic symbols of Confederate power are now deemed unacceptable by some. Statues have become the new object of iconoclasm in both the USA and the United Kingdom. As our Tudor forefathers showed with their purging English churches of objects deemed Popish, iconoclasm is nothing new.

Historic artefacts give a major insight into what cultures valued and how they saw themselves. The huge attendance at museums across the globe show the regard with which surviving objects of former times are given. Professor Tony Stockwell will open our season in late September with a meditation on ‘Whose Heritage? Imperial trophies and national treasures from the Elgin Marbles to the Benin Bronzes.’ Where should these treasures be stored, curated and displayed? In the great museums of the Western Imperial powers or where produced? I for one have very mixed feelings on this topic.

Back to back in May and June we are privileged to have Professor Nick Vincent of the University of East Anglia consider ‘John an Evil King?’ and Professor Michael Hicks of the University of Winchester addressing ‘Richard 3rd -the Most Infamous King’. Arguably the prime candidates in popular opinion as ‘worst King of England. At least we might be given reasoned assessments of our two kings, at best a radical transformation in our understanding of them.

The final topic is a presentation by Dr. Andrew Blick of King’s College, University of London on ‘Brexit and the Stretching of the British Constitution.’ We will know more of the outcome by July 2021 – we hope -but a sweeping constitutional reform may well be in process by then.

Relatively mild as the Covid 19 is by historic standards of famine and disease, the combination of Government regulation and our duty of safeguarding the membership means that the 2020-21 programme will be delivered by Zoom. Watch your mailboxes for further information on this.

We hope members have come through this time of uncertainty and look forward to having you join up albeit virtually at first for what should be a stimulating lecture series.