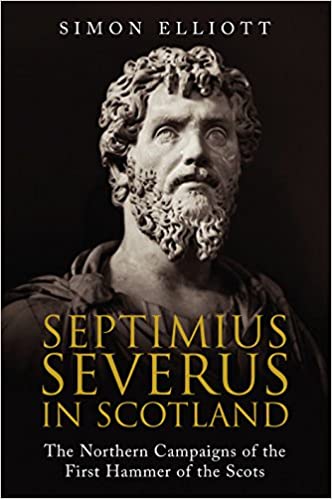 Alone amongst Roman Emperors Septimius Severus (146 – 211 AD) breathed his last in Britain.  Dr Simon Elliot adds to the story of Septimus Severus. An Emperor whose rise to power was based on his Libyan possessions, Libya being ‘the bread basket’ of the Roman Empire. The magnificence of his city Leptis Magna-a sensational architectural wonder, speak for its wealth. Yet he died in England and suffered the ignominy of an entire legion destroyed in Scotland. Those of my advanced years often would have had their childhood’s enriched by reading the Eagle of the Ninth by Rosemary Sutcliffe or listened spellbound to the BBC radio adaptation.