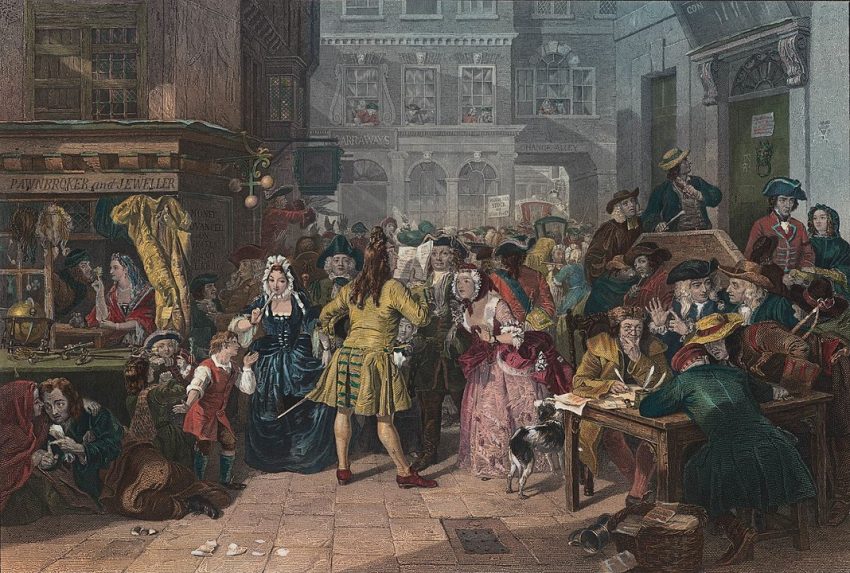 Professor John Blair, Professor of Medieval History and Archaeology, Queen’s College, University of Oxford. Was there such a place as Medieval England?  In his Building Anglo-Saxon England, Professor Blair radically changed perceptions by analyzing hundreds of recent excavations that enable historians to grasp for the first time how regionally diverse the built environment of the Anglo-Saxons truly was. Blair identified a zone of eastern England had more in common with the Low Countries and Scandinavia than the rest of England.  Building Anglo-Saxon England explores how the natural landscape was modified to accommodate human activity, and how many settlements–secular and religious–were laid out with geometrical precision by specialist surveyors.

Professor Peter Mandler, Professor of Modern Cultural History, University of Cambridge. The Crisis of the Meritocracy: How Popular Demand (not Politicians) Made Britain into a Mass Education Society.

Professor Rana Mitter, Professor of the History and Politics of Modern China, St Cross College, University of Oxford. From Conflict to Confucius: Why China’s Ancient Philosopher is Shaping Today’s Superpower. With the progress of China to superpower status, the Western world is struggling to understand this unique culture. What drives Chinese policy and what shapes its national self-image? Professor Mitter offers an insight into these vital questions.

Dr Katie Donington, Lecturer in History, London South Bank University. Britain and the Legacies of Slavery. Detailed studies have revealed just how extensive was the network that encompassed both colonial planters and English based financiers and investors in ‘slavery’. Dr. Dunnington’s research analyses the role played by family in the establishment, maintenance, expansion and defense of Britain’s commercial interests in the business of slavery. Her work traces the different ways in which the transatlantic planter-merchant elite profited commercially, socially, culturally and politically from their participation in the system of slavery. Moving between Britain and Jamaica her research reconstructs the networks of commerce, property, religion and family that enmeshed metropole with colony.

Dr Helen Paul, Lecturer in Economics and Economic History, University of Southampton. The Myths of the South Sea Bubble. Dr Paul’s research covers a wide range of topics that center on the increased international maritime trade in the C17 & C18. The South Sea Bubble was a remarkable example of how fortunes could swell but how rapidly they could disappear. A combination of greed and limited knowledge can provide a salutary lesson.

Dr John McAleer, Associate Professor in History, University of Southampton. The East India Company: The corporation that changed the world. Dr McAleer’s work focuses on the British encounter and engagement with the wider world in the eighteenth and nineteenth centuries, situating the history of empire in its global and maritime contexts. Although other nations had companies similar to the East India Company, none had the geopolitical impact nor the wealth generation of The East India Company. As this lecture includes many detailed slides and maps, Dr McAleer thought a Zoom presentation was most appropriate.

After a lifetime of study Emeritus Professor Michael Hicks gives his interpretation of that most contested English monarch, Richard III.

George Morton-Jack. The Indian Empire at War. The response to the publication of The Indian Army at War, a ground breaking account of the role of the Indian Army in World War 1, was almost universal acclaim. “Extraordinarily original” Max Hastings; “Superb Revelatory and written with brilliant verve” Andrew Roberts; “Fills a gap that should have been dealt with long ago” Professor Sir Michael Howard; “Covering every theatre of conflict, painstakingly researched and vividly written… strongly recommended” David Stevenson.

Annie Garthwaite. Author of the highly acclaimed historical novel CECILY. Hailed by some as the new Hilary Mantel. Cecily Neville, the 15th century’s most powerful matriarch.   How to write a historical novel and how women exerted power and influence in the late Medieval period. Cecily-mother of two kings-Edward IV and Richard III, wife of the most powerful noble, as a widow oversaw her huge estates, acted as matriarch of her family and was influential but discrete in court politics. Born in the year of Agincourt, she survived the bloodiest dynastic war in English history and saw with the Tudor victory at Bosworth peace restored to England. A survivor par excellence.